Chelmsford Hindu Society is formed to advance Hinduism in Chelmsford and Essex.

Chelmsford Hindu Society was founded in September 2016. The Society aims to advance the values, knowledge, traditions, culture and religious significance of Hinduism in the modern society. What started as an idea has slowly started taking shape and Hindus from all over Essex have joined the force.Society's vision is to promote Hindu ethos, traditions and spirituality.Society's objectives are:
The Society believes in Sanatan Dharma (Hinduism)
‘Sanatan’ means Eternal, and ‘Dharma’ means Religion. The belief is that Hinduism has existed from the beginning of time and will exist forever hence the name. Sanatan Dharma extensively follows various principles out of which there are five main principles each beginning with the letter P.
These are as follows:
Parmeshvar – (God Almighty)
Prarthna – (Prayer)
Punarjanma – (Reincarnation)
Purushartha – (Law of action)
Prani-Daya – (Compassion for all living things)
Our scriptures are known as Shastra which are in abundance in Sanatan Dharma. By reading the scriptures, the mind becomes purified and is infused with positive and vibrant thoughts.
The cosmic sound that represents soul or Aatman "OM" alone has the power to librate and make you feel free. repeated chanting of OM helps increase concentration and brings peacefulness.
Home
Subscribe to: Posts (Atom) 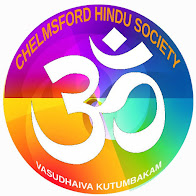